Alzheimer's disease is the 6th leading cause of death in the United States. It does not discriminate against race, economic status, geographic location or gender, although almost two thirds of the Alzheimer's victims are women.

This page starts with former President of the United Stated, Ronald Reagan and his announcement letter of his Alzheimer's diagnosis.

President Ronald Reagan's diagnosis of Alzheimer's was announced to America in 1994,

He had become increasingly forgetful. Alzheimer disease was diagnosed during his annual visit to the Mayo Clinic in 1994. His condition was announced to the public in a carefully worded letter to the American people on Nov. 5, 1994.

Below is the text of Reagan's letter to the American people concerning his diagnosis of Alzheimer disease. Reagan was perhaps the most famous Alzheimer victim, which is why he is highlighted first in this page. 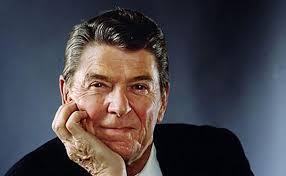 My fellow Americans, I have recently been told that I am one of the millions of Americans who will be afflicted with Alzheimer's disease.

Upon learning this news, Nancy and I had to decide whether as private citizens we would keep this a private matter or whether we would make this news known in a public way. In the past, Nancy suffered from breast cancer and I had my cancer surgeries. We found through our open disclosures we were able to raise public awareness. We were happy that as a result, many more people underwent testing. They were treated in early stages and able to return to normal, healthy lives.

So now we feel it is important to share it with you. In opening our hearts,we hope this might promote greater awareness of this condition. Perhaps it will encourage a clearer understanding of the individuals and families who are affected by it.

At the moment I feel just fine. I intend to live the remainder of the years God gives me on this Earth doing the things I have always done. I will continue to share life's journey with my beloved Nancy and my family. I plan to enjoy the great outdoors and stay in touch with my friends and supporters.

Unfortunately, as Alzheimer's disease progresses, the family often bears a heavy burden. I only wish there was some way I could spare Nancy from this painful experience. When the time comes, I am confident that with your help she will face it with faith and courage.

In closing, let me thank you, the American people, for giving me the great honor of allowing me to serve as your president. When the Lord calls me home, whenever that day may be, I will leave with the greatest love for this country of ours and eternal optimism for its future.

I now begin the journey that will lead me into the sunset of my life. I know that for America there will always be a bright dawn ahead.

Thank you, my friends. May God always bless you.

The following are other famous Alzheimer victims. Their bios are included when available. 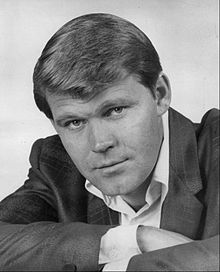 Glen Campbell-I grew up listening to and trying to imitate Glen Campbell's singing and guitar picking. A music legend, Glen is now an Alzheimer's victim....... 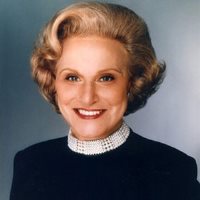 Pauline Phillips aka Dear Abby -So many people benefitted from the advice that she gave week after week. Read her bio here. 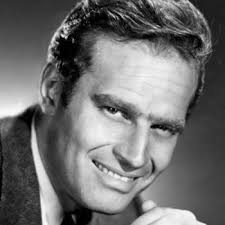 Charlton Heston is probably best remembered as Moses in the epic film, The Ten Commandments (1956), for which he received his first Golden Globe Award nomination. Read his good-bye here.